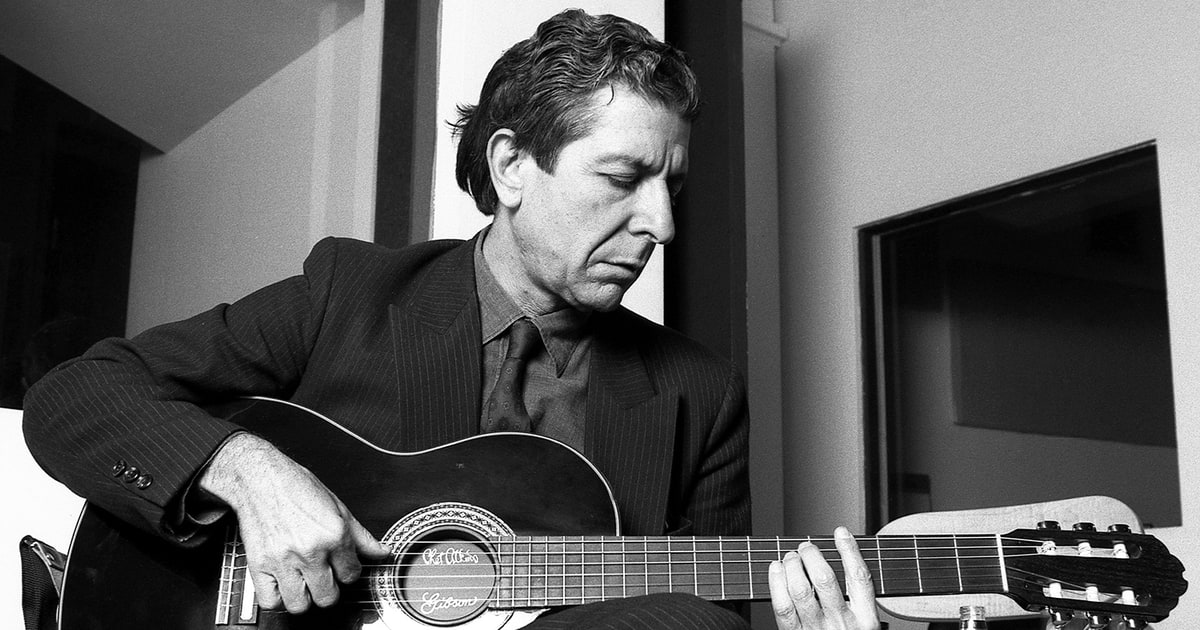 Ruin recorded two of Leonard Cohen’s songs and played a third one live:
“Master Song” was released on He-Ho.
“Famous Blue Raincoat” was released on Fiat Lux.
“One Of Us Cannot Be Wrong” pretty much a fixture of a Ruin show.
Those familiar with Mr. Cohen’s albums will recognize in Ruin’s cd title Songs of Reverie and Ruin a nod to his “Songs of Love and Hate” lp.

Although we had been fans since our teens in the 1970s, it wasn’t until sometime during the mid 1980s that Glenn and I [Vosco Thom Adams] were able to catch (for the first time) a spellbinding performance by our hero, Leonard Cohen.

To top off a splendid evening of song, we had the good fortune of meeting him briefly after the show.

He expressed to us his pleasure that younger people were listening to his music. We shook his hand and gave him a copy of He-Ho. This was the album that included Ruin’s cover of his “Master Song.”

Many months later, by way of an article published in SPIN Magazine, it was exciting to learn that he had listened.

Here is an excerpt from that article:

Curiously, Leonard, 50, is acknowledged as an influence or mentor to such unlikely contemporary bands as Scraping Foetus Off the Wheel, Nick Cave, The The, Joy Division, Sisters of Mercy, the Flying Lizzards, and Ruin.

They give him their records and he listens:

“When I first heard Nick Cave’s version of ‘Avalanche,’ I thought his instincts were impeccable for taking that song and tearing it apart.

On this new album by Ruin, they sing the first verse of the Master song more or less as I sing it , but then they bring this world to it of every sound you ever heard and murder it, but as it should be murdered. It’s a clean killing.”

Over the years, fans have thanked us for turning them on to Mr. Cohen by way of our covers. We hope that the recent tribute album with covers by other artists bring him even more listeners.

Thank you, Leonard! If you’re unfamiliar with Mr. Cohen works, “Best Of” is a great album to start with. But first, some Ruin Cohen.